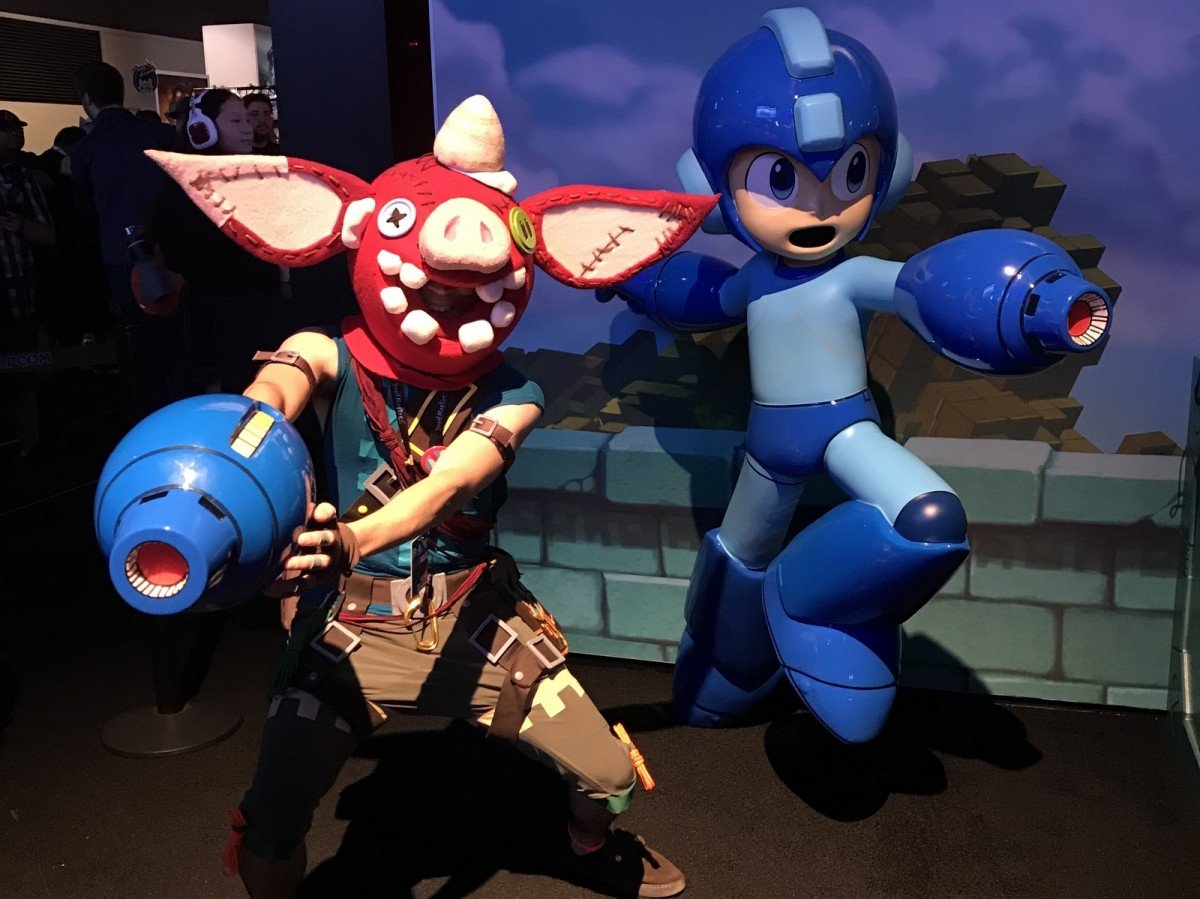 Just getting back from an action-packed Labor Day weekend in Seattle where I got to hang out with friends and fellow gamers.

Shotgunned a cosplay to make it happen for PAX West. Still surprised that it worked out so well—you begin to doubt yourself when you’re up late at night painting and sewing in hotels.

It was pretty well received, though, with some event saying “Best cosplay of PAX!” Will share more about it in due time, but for now I wanted to post some photos I was able to take of the event and random thoughts to go along with them.

Here are some booths on the top floor featuring some pretty cool indie games.

Bags of holding with a bit of personality. They kind of remind me of mimic-type monsters from various RPG’s.

Some of the displays at PAX are pretty impressive, even for smaller studios.

I really enjoyed the artwork for this game. Actually, many games had really stunning visuals—a fact that gets me excited about what the future of gaming holds.

Found the Treasure Goblin. Luckily, no one attempted to beat him up.

What a mash-up this would be.

Many of the booths had huge displays featuring characters from their games. Naturally, I enjoyed this one.

Ever since my old Magic: The Gathering days, I’ve held a soft spot for goblins. </heart>

Waiting in line outside in Freeway Park to get into the Washington State Convention Center. It’s fun listening around on all of the gamer and geeky conversations going on.

Got to play the Untitled Goose Game. It’s a fun little puzzler. Can’t wait for it to come out.

New keyblades from Kingdom Hearts! “There’s a snake in my boot.”

Persona as a rhythm game—very interesting.

Took this as the convention was about to end. A worker slumped in a gamer chair, taking a moment to relax.

There was so much to see and do that it felt like I was go, go, go. It’s nice to be able to reflect a bit more and relax just like this staff member.

Until next time PAX! Thanks again for the amazing time.