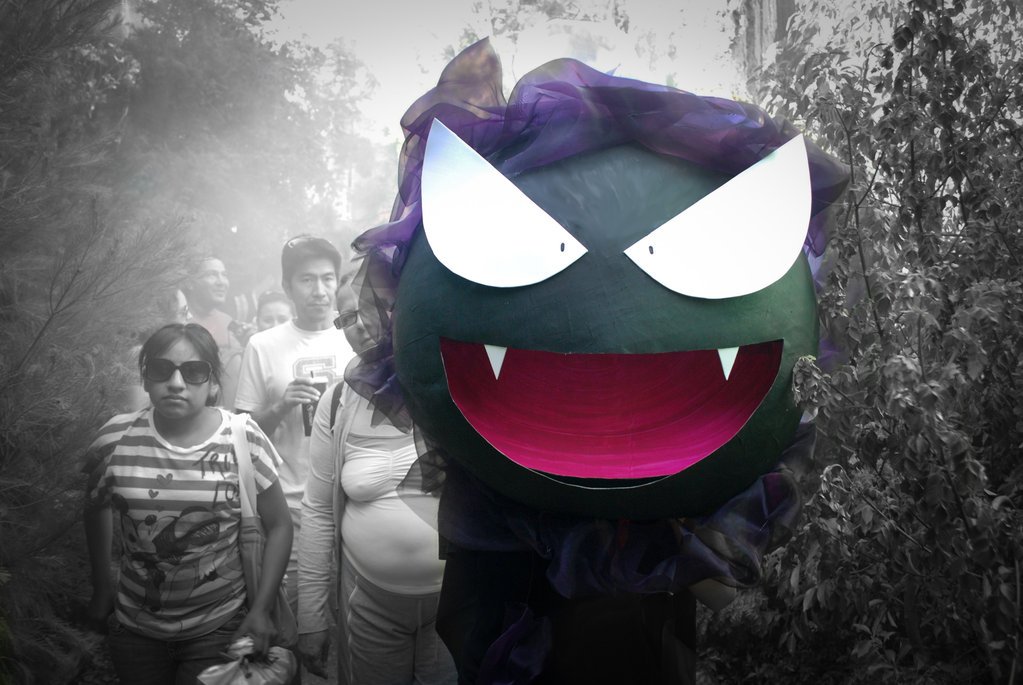 Can’t believe it’s been almost a year since a few friends and I decided to go to Comic Con. Boy what a journey it’s been ever since.

I don’t remember exactly when it was, but due to the sheer difficulty in getting tickets for the event, I had the crazy idea of “going all the way” with our first con. This meant dressing up and going to as many workshops as possible.

At the time, two of us had gotten the days we wanted (Saturday and Sunday). Our other friend wasn’t so lucky and would have to wait until the last round of ticket sales to pick up the other day.

Still, we went ahead with this crazy idea.

I wanted to create a character from Mega Man but that didn’t happen due to the sheer immensity of the project. Instead, I ended up working on Andy from Advance Wars and Gastly from Pokemon as a back-up. After many days and nights of gluing, cutting, and sewing; it was all ready. Luckily too, our other friend got his Sunday ticket!

We packed up and left for San Diego–Gastly taking up half of the back seat.

Comic Con would have to wait though; we didn’t have tickets for this evening. Tomorrow would be the big day.

Woke up early in the morning, got dressed and headed out. I think we got breakfast at a nearby cafe. One friend was dressed as Professor Oak, while I was dressed up as Andy. It was hard not to care–to act like it was nothing out of the ordinary. I think we pulled it off as best as we could.

We eventually got to the convention center and started wandering about. There were friends working that I wanted to see. We made sure we stopped by their booths, but everything else was pretty random.

Going through all of the booths pretty much took up the whole day. We ate dinner, went back to the hotel to decompress, and then came back to watch the masquerade.

This too was strange but exciting.

It was strange in that even though I felt like an outsider, I felt like I was an insider. I felt that I was myself; but, at the same time, Andy. I felt like even if there was judgement, it was a good kind marked by words like “that’s cool” or “I don’t know why you are, but I want to know!”

The next day, I decided to put Gastly to the test after much suggestion by my friends. I don’t think I was prepared for the number of times I was stopped that day. On top of the fact that I couldn’t really see, my friends would smile and laugh every now and then at me about peoples’ responses to Gastly. After getting stopped and having way too many photos taken to keep track of, the day was over.

Comic Con was over. We headed back home.

We came back with stuff. Lots of random stuff. What was more significant to me though was the feeling, the understanding, the love that was Comic Con. In a world where there is so much negativity, it was refreshing to see and experience for, even just a brief moment in time, what it could feel like for so many people to trust, admire, and love one another.

Despite some difficulties with lodging and not being able to attend any workshop, I ended up having an amazing time.

It was fun. It was liberating. It was dorky. It was strange. It was love.

Looking forward to what adventures lie ahead.

Original posted to My Tumblr

Anirevo: Cosplay with a Side of Poutine