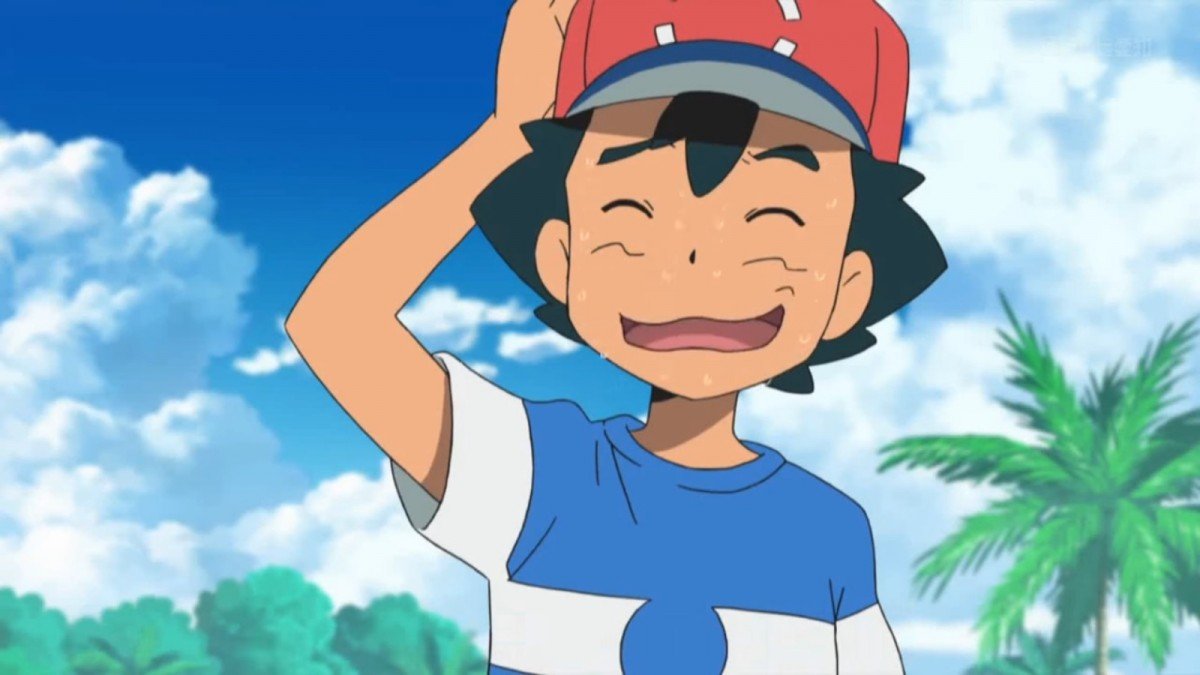 Full Disclosure: Some of the links on this page are affiliate links. Purchasing through these links will help support the site at no extra cost to you :)

With the release of Pokemon Sun and Moon timed around Halloween, and me not really knowing what to dress up as, I decided to bring Alolan Ash Ketchum to life.

I was always a fan of Ash’s go get ’em attitude and loved that Sun and Moon was loosely Hawaiian themed. Consequently this was a fun and quick build for me. I wanted to go over my process in case anyone is interested in creating their own rendition.

Ash’s shirt is probably the most signature part of his outfit. The original art out there showed two different patterns. I went with the more current outfit as opposed to the older one which was essentially the inverse (instead of a white stripe it was a blue stripe and vice versa).

To make the shirt, I first started off with a soft white shirt.

This was probably a mistake, but I’ll expand on that later.

With a nice shirt ready, I set out to paint it. I put a piece of cardboard covered with plastic wrap in on the inside of the shirt to prevent paint bleeding through. I used a combination of Apple Barrel: Cobalt Blue and textile medium to bind the paint to the shirt. I used frog tape to make sure that the lines were clean.

Using frog tape on fabric is kind of hard as fabric is porous and the tape doesn’t want to attach to the cloth. I made it work by pushing down very hard, especially on the edges of the tape.

After one coat, I thought I was finished. Upon taking the frog tape off though, I discovered most of the paint bled through. The problem with the comfortable shirt that I got, is that it was also too porous. A thicker blend would have probably been more ideal for painting my pattern on. With this problem in mind, I added more frog tape and ended up painting three to four more layers to get a solid looking layer.

There were some parts where the blue bled under the frog tape. I had to use white fabric paint to essentially white-out the errors. I used a thin brush to make sure the blue edges were crisp.

Even though the blue strips looked solid, under blacklight it became clear that my paint job was still not that great.

It’s amazing how blacklight can show irregularities in a paint job.

I really do feel like a thicker shirt would have helped solve many of these problems.

Ash’s hat was created in a similar process to my shirt. Essentially, I got a red baseball cap, painted the bill dark blue, and painted the underside with white fabric paint. I finished the hat by drawing, with pencil, the logo on the front. Once I was happy with the shape and size of the logo, I painted within my lines with white fabric paint and carefully expanding painting outwards until I achieved the polished look you see above.

As I was under a slight time crunch, I went with modifying a pair of jogger pants as opposed to sewing it from scratch. I found soft red jersey fabric that I made into two cuffs. I then sewed the cuffs to the bottom of the pants and rolled them up to achieve the signature look.

The process of making Ash’s shoes was a little less involved. I first started with a pair of mid-top shoes that loosely resembled his. Sourcing this shoe was probably the most difficult part. I ended up going with this pair that I found off of eBay.

I then painted the entire shoe with white acrylic paint. I used two to three coats to ensure that the darker details on the shoe didn’t show through.

Once the shoe was completely white, I used frog tape to define the lines I wanted. The bottom portion of Ash’s shoes is a light blue while the top part is dark blue. I went with the same dark blue as his shirt and Ceramcoat: Blue Bayou as they seemed to closely match the reference images I was looking at. On occasion, I would use a craft knife to make the lines more defined.

After two layers, I removed the frog tape and made the edges more crisp with a thin brush. Once I was happy with the paint job, I added a layer of mod podge to protect the paint from random scuffs.

I finished the shoe with a little  pom pom on top. I’m not entirely sure why there’s a white ball on the shoe where shoe laces would be, but I chalk that up to it being an anime.

Anyway, that’s all. Hope this helps you in whatever trainer-related cosplay you’re creating!