General Iroh (The Legend of Korra) 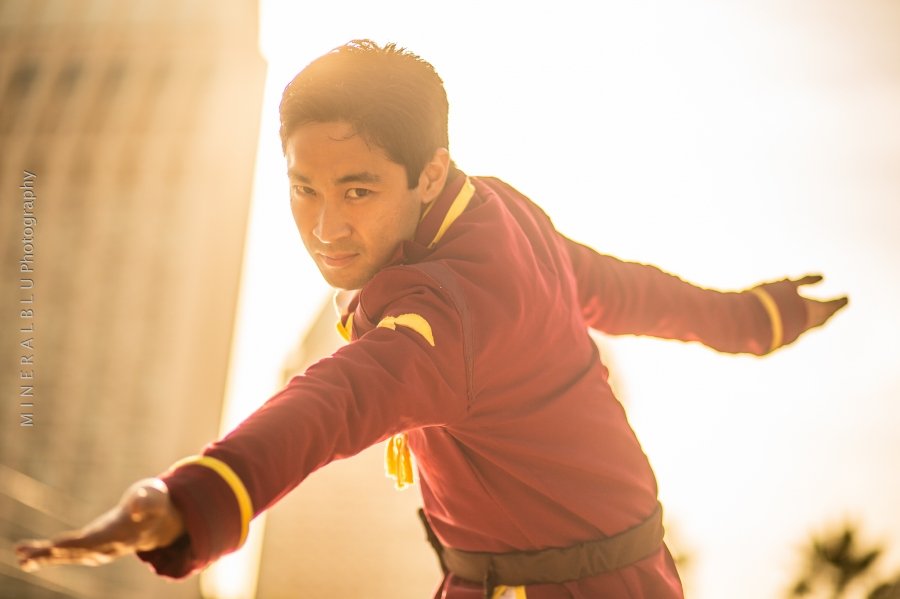 Iroh is the youngest general in United Forces history, the son of Fire Lord Izumi, the grandson of Lord Zuko, and the grandnephew of Azula and Kiyi. A firebending master and skilled military leader, Iroh played a crucial role in the battle for Republic City in 170 AG, in which he fought on despite losing his fleet.

To best honest, I didn’t know any of this when my friends approached me about cosplaying General Iroh from The Legend of Korra. I just remember checking him out on my phone and thinking that he looked serious and had nice hair.

I could roll with that.

Little did I know that cosplaying General Iroh would lead to a bunch of amazing friendships, stories, and me watching the series until the very end.

My General Iroh cosplay represents the first cosplay that I used a sewing machine for. Before this, everything was painstakingly hand sewn 😛

General Iroh has three badges with tassels on them below his left chest pocket. The first badge is a blue square, the second is a green diamond, and the third is a magenta rectangle. These are little details that one might not notice watching the The Legend of Korra, but for someone like me, they… View Article

Poe (Ocarina of Time)Cilan and Pansage (Pokemon Black and White)