Zero (The Nightmare Before Christmas) 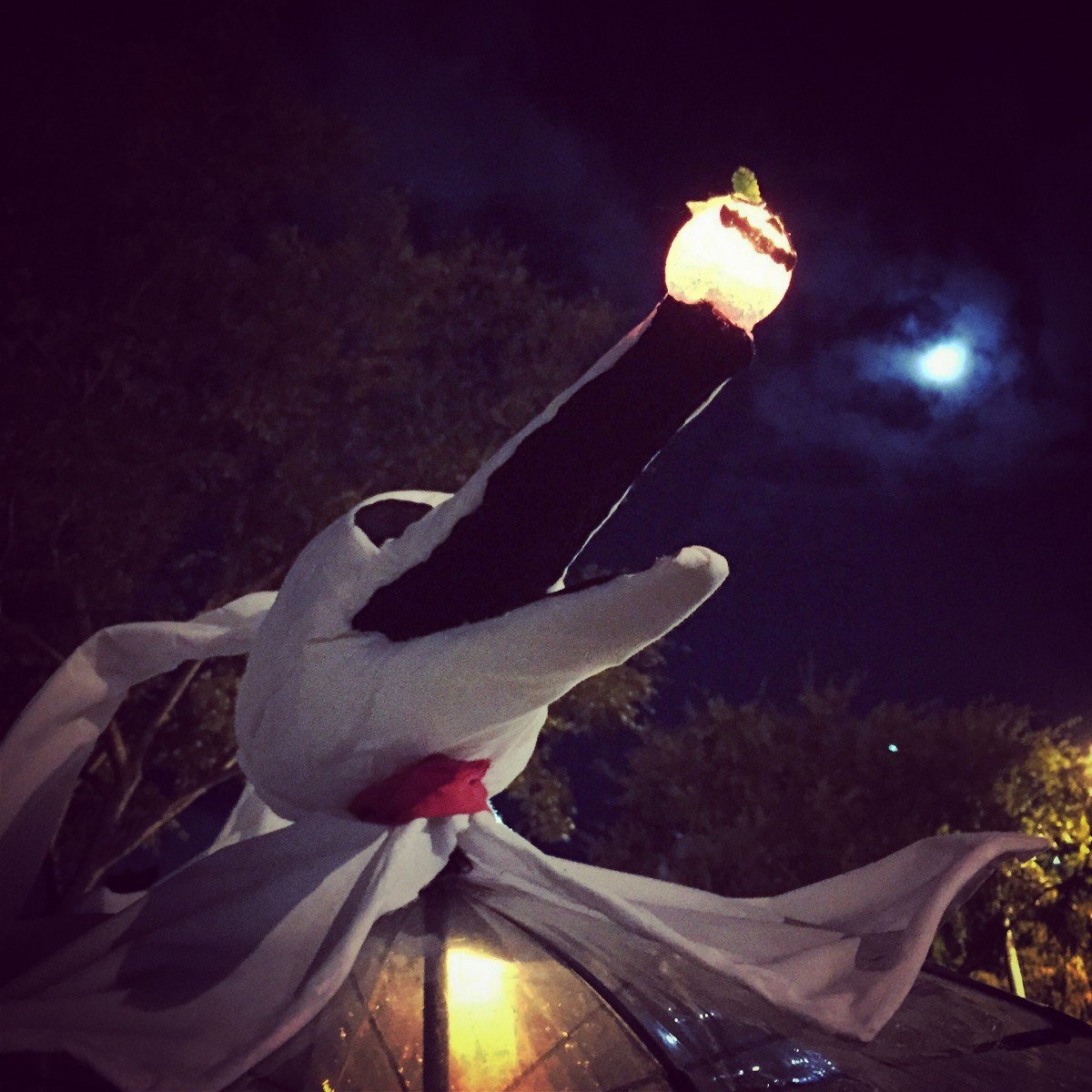 Made Zero, Jack Skellington’s pet ghost dog, from “The Nightmare Before Christmas.”

He was created to be used as a puppet that would float in the air in front of me. I was personally decked out to look like a gijinka version of Zero.

Due to the weather, I ended up placing Zero on top of my transparent umbrella where he both simultaneously guided the way on Halloween night and provided shelter from the rain.

At one point during the night, I even found my owner with his lovely partner, Sally!

Zero was made mostly with white cotton fabric and metal wire. His head was made of foam and represented a bulk of the weight. I picked up his nose at a 99 cent store.