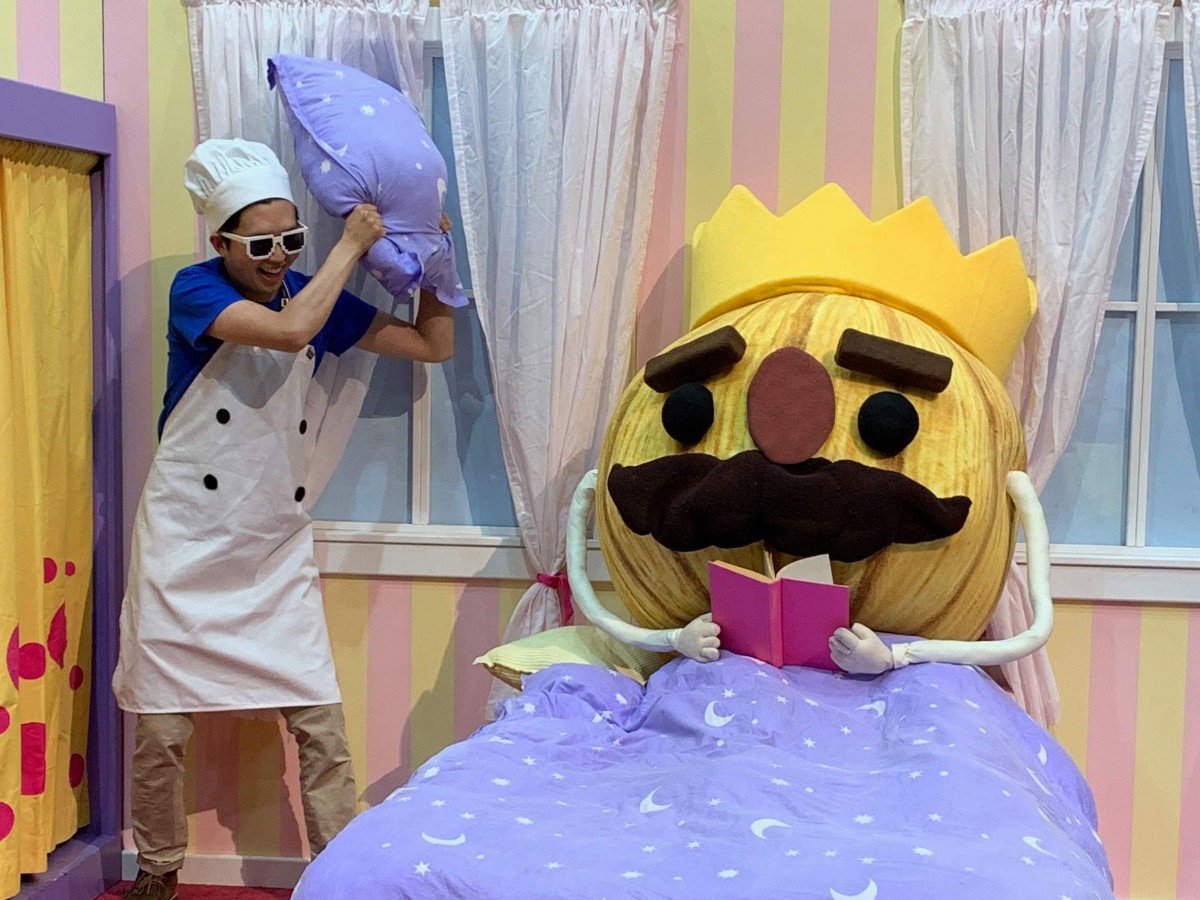 Every once in a while, a game comes around that captures my time and attention. For a while, that game was The Legend of Zelda: Breath of the Wild. Flying around by kite, exploring, collecting ingredients across the land was so refreshing—even for someone like me, used to more traditional Zelda games.

One of the latest games to capture my attention has been Overcooked by Ghost Town Games and Team17. For anyone that hasn’t played the game, Overcooked is a cooperative game where 1-4 players work together to fulfill orders for hungry patrons.

With obstacles and the ever-looming threat of fire breaking out, players chop ingredients, cook them, assemble, and deliver finished plates as quickly as possible. It’s a fun and intense game that, I’ve heard, both strengthens relationships and breaks them.

I can see both of these points.

Because of how much time and effort I spent with the game, it was a no-brainer to cosplay a character from the series.

Much of the focus is on the chefs, but there is an additional layer of story with an Onion King who guides chefs through trials and tribulations with his pet dog by his side. Seeing how weird and cute this character was, I decided Onion King would be my next cosplay.

One day, I may try and dance around like this.

Because of the odd shape of Onion King—basically an onion with tiny arms, tiny legs, and a huge crown—I knew pretty early on, his arms were not going to be my arms. I also figured that I would see not out of his eyes, but through his nose and mustache (kind of like some Disney characters).

With these ideas in mind, I set off to the drawing board.

Here’s my Onion King cosplay in front of a wall of roses.

Because I’m always thinking about how to transport cosplays around, I figured that everything would probably be made from foam. This made construction of the body and crown more clear cut and easier to model.

Eventually, I came up with a series of removable components that could be shrunk (in a vacuum bag) and reassembled on site. The crown, eyebrows, eyes, nose, mustache, and arms all come off for storage.

To me, Onion King is borderline creepy like the Burger King King. To make him just a little more adorable, I made parts of his face slightly larger, like the eyes.

Because I wanted Onion King’s eyebrows to look like they were floating, I have them attached at a single point inside the head. The plus side of doing this is that I can also move them around—it’s fun making Onion King angry when he hears people talking smack about the game.

In a later version, I made Onion King have more muppet-like hands. Previously, Onion King’s hands were more funny and creepy. See below.

Here are some shots from PAX West 2018, thanks to my friend @Akumei4th. He had the crazy idea of using a bag a lays we were eating in a photo shoot outside the Washington State Convention Center.

While at PAX West, we got to play a round of Overcooked with members of the Team17 around watching and laughing. It’s much harder to play a game of Overcooked as an onion than it looks, but we succeeded pretty well still!

It was fun seeing (well, hearing) all the fun comments about people who similarly loved the game.

Full Disclosure: Some of these links are affiliate links. Purchasing items through these links will help support the site at no extra cost to you :)